Odus Evbagharu (Eh-va-GHA-ro) on June 27 was elected Harris County Democratic Party Chair and will fulfill the unexpired term of Lillie Schechter, who stepped down June 16 after four years of service.

Evbagharu, who is a Texas House of Representatives Chief of Staff, was sworn in by Texas Democratic Party Chair Gilberto Hinojosa. Evbagharu will serve as party chair through Spring 2022. He is the youngest person and the first African American to hold the position. In 2018, Evbagharu served as the Communications Director and Candidate Coordinator for the party. 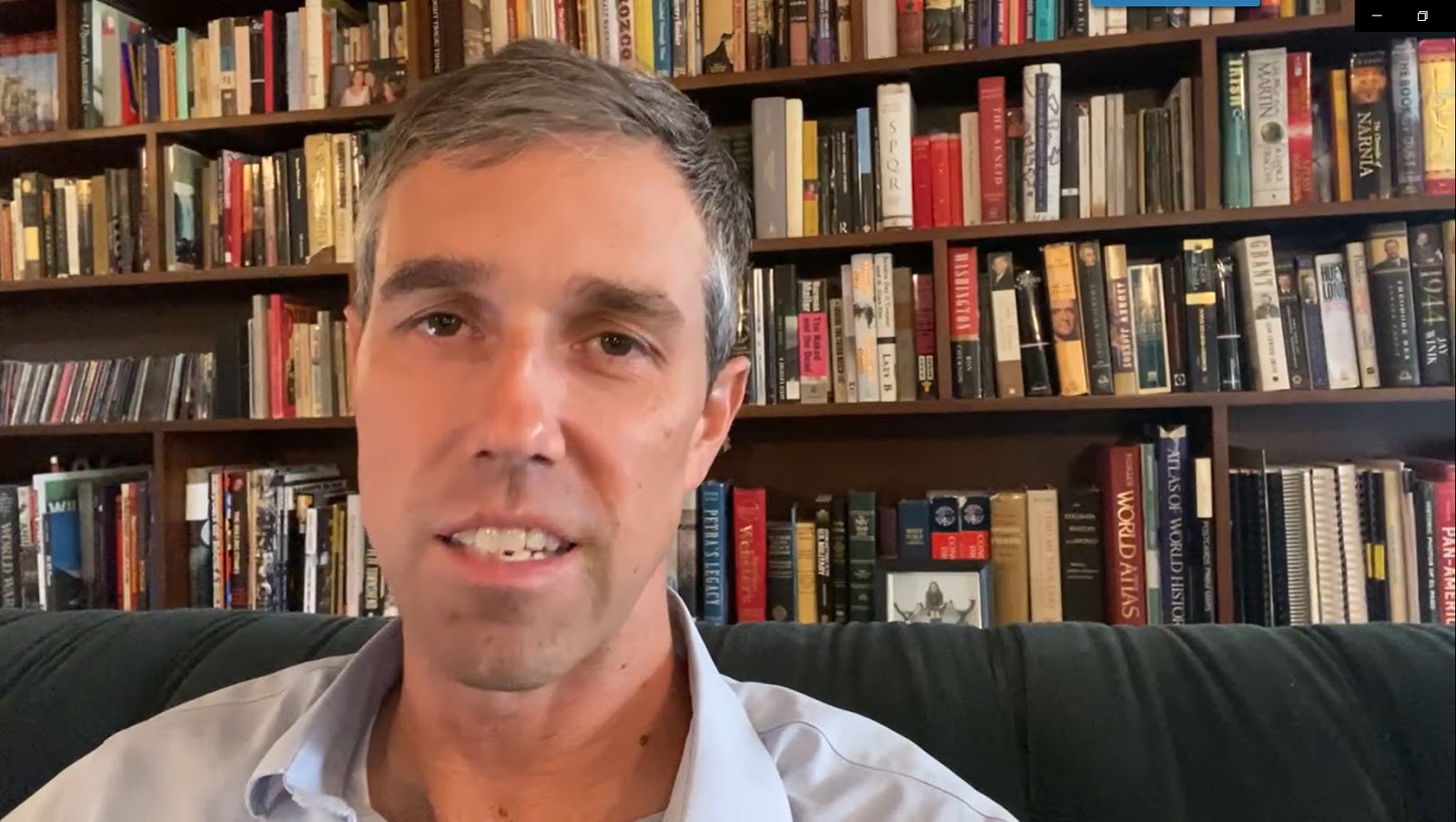 Texas's Beto O'Rourke welcomes new HCDP Chair Odus Evbagharu and calls on volunteers, Precinct Chairs and donors to support the party to elect Democrats up and down the ticket in 2022, 2024 and beyond!

More than 300 people bought tickets to attend the Harris County Democrats “Road to 2022” fundraiser on June 23 at the gastropub Chapman & Kirby. The event served as both a rally cry to county Democrats and a farewell to former HCDP Chair Lillie Schechter. Almost $24,000 was raised, there was a petition signing for candidates, and Pride yard signs were available for purchase and pickup.

If you missed the event, you can still support HCDP by becoming a sustaining member. Learn more here.

You can also pick up a Pride yard sign at the party office on 4619 Lyons, Houston 77020, Monday through Thursday from 11 am to 4 pm by making a donation at www.harrisdemocrats.org/pride-sign 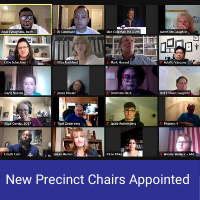 Find out how to become a Precinct Chair here.

In the News: Lina Hidalgo in The New Yorker 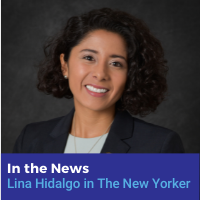 “During her first 18 months in office, [Lina Hidalgo] has reimagined the role of a county executive, managed multiple crises, enacted progressive reforms, and gained popular support, all the while fending off a steady stream of criticism of her youth, ambition, gender, and ethnicity. The pandemic dominated Hidalgo’s tenure and mired her in political controversy for more than a year, but she has emerged from it as one of Texas’s rising Democratic stars," writes Stephania Taladrid in The New Yorker.

In the News: Odus Evbagharu 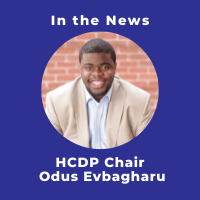 Our new HCDP Chair Odus Evagharu has been getting some press! There’s excitement in the air. “We have a robust thing going down here,” Evbagharu told the Houston Chronicle on Monday. “[Former HCDP Chair] Lillie [Schechter] did a good job of building a great foundation. Now it's our job to build on top of it.”

Check out the Chronicle’s coverage.

Anyone traveling the 5300 block of Memorial Ave. on Tuesday afternoons will notice a group of protestors in front of U.S. Senator John Cornyn’s office building. This dedicated team arrives rain or shine each week to exercise their First Amendment right to have their voices heard. Members of Cornyn Office Protest Crew know their efforts are not a magic wand for change, but they recognize the importance of sustained demonstration, and they have demonstrated – to date – for 229 weeks.

“As issues of democracy become more central, we are going to continue to show up – for friends and foes and police to see. For those people who see us online and people who drive by us every week,” said Neil Aquino, one of the group’s organizers. “It’s a commitment,” he said.

On Our Blog: Professor Bryan J. Henry Looks at ‘The GOP’s Dangerous Desperation’

Last week, Texas Governor Greg Abbott signed House Bill 3979, which dictates how teachers across the state can talk to their students about current events and America’s history of racism. Abbott then called on state lawmakers to further target critical race theory in an upcoming special legislative session.

Henry asks, "What is behind the GOP’s attempt to control the historical narrative about racism in such a top-down manner that recalls the Soviet Union’s historical revisionism?"

Doris Fears was born in Nacogdoches and is a retired Houston ISD and Houston Community College educator. She has volunteered at HCDP headquarters since her retirement in 2011

“Volunteering at the HCDP office has given me an opportunity to connect with people from all over Harris County,” Fears said. “I've enjoyed meeting new people with common goals and shared values. It’s offered me a sense of inclusion and a better understanding of what it takes to run the Democratic Party Headquarters daily.”

“My work at HCDP has given me a better understanding about people, their commitment and the love you can have for an organization,” she said.

Marsha Eggenberger is a native Texan and has lived in the Houston area most of her life, temporarily moving out of state to the New Orleans area and Connecticut for her husband's job with Texaco. She raised her children and volunteered at churches and schools they attended before volunteering with the Harris County Democrats.

Signup to volunteer with HCDP here.