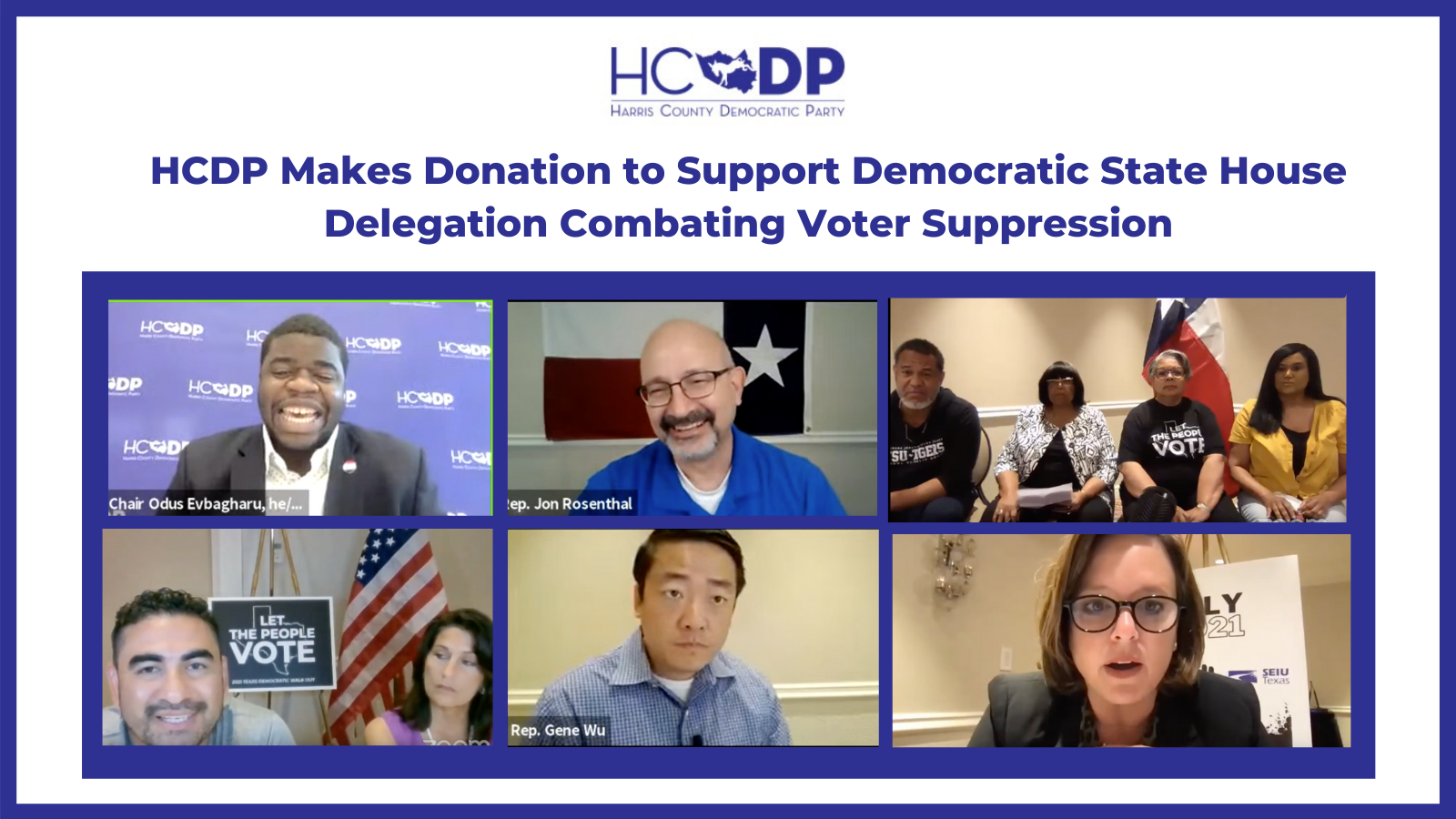 Harris County members of the Democratic State House delegation joined HCDP Monday night for a Save Our Democracy Rally to discuss efforts to fight voter suppression and expand voting rights in Texas and the nation. More than 125 attendees participated in the virtual event.

HCDP Chair Odus Evbagharu, who moderated the discussion, announced that the Harris County Democrats were donating $5,000 to the Freedom to Vote Fund to support the delegation’s efforts.

Support HCDP’s work to register as many voters as possible so we can re-elect these local State Legislators who took this bold move to save democracy!

There are many more opportunities to volunteer and learn. 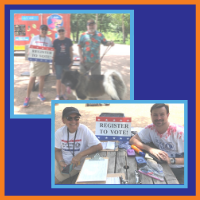 HCDP had county deputy voter registrars meet at the Eastern Glades Entrance of Memorial Park last weekend to register voters in the park.

The weather was hot, but the enthusiasm to Turn Texas Blue was hotter!

You can become a Volunteer Deputy Voter Registrar. 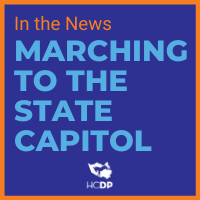 “Marchers set off from the Christ Lutheran church in Georgetown, Texas, at 7am (Wednesday), aiming to reach the state capitol in Austin for a voting laws rally on Saturday.

About 100 people were singing, clapping and chanting: ‘

Read the article in the Guardian

“Civil rights activists and voting rights groups this week are intensifying pressure on Congress to advance federal voting rights legislation as a bulwark against an array of new laws in Republican-controlled states that make it harder to vote.”

Read the article on CNN

Running for Election in 2022? Join our Coordinated Campaign 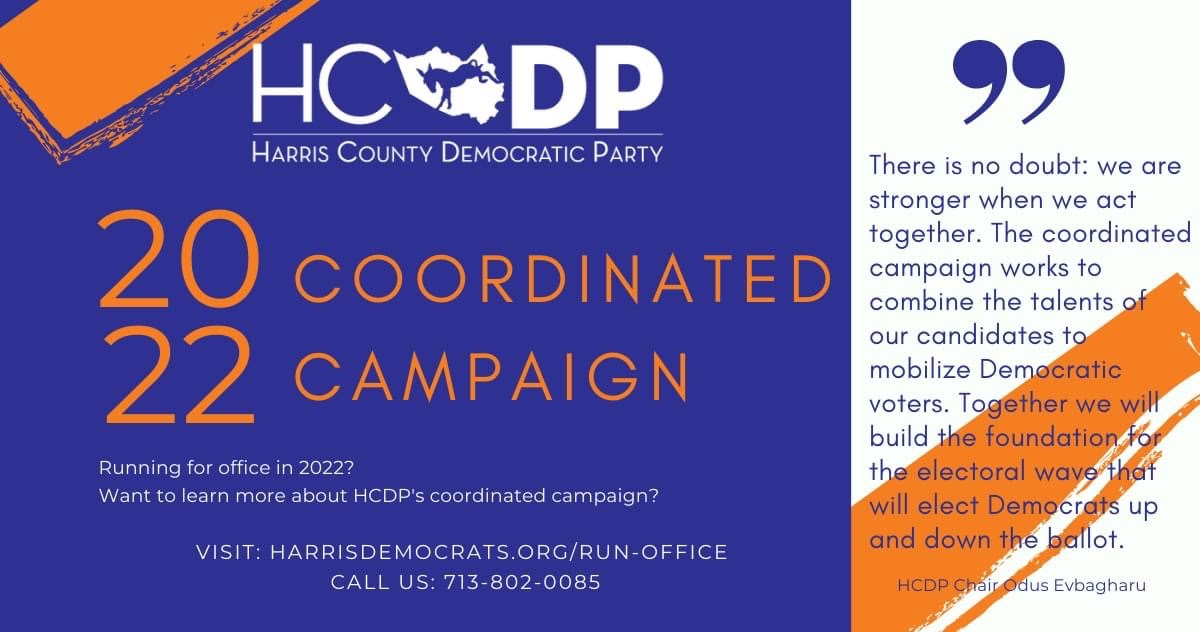 Want to run for office and don’t know where to get started? Visit harrisdemocrats.org/run-office or call us at 713-802-0085 to learn more about our coordinated campaign.

Barbara Danahy was was born in Virginia but has lived in Spring since 1976. After retiring from her job at Odyssey Networks, Danahy happily retired. She decided to volunteer for HCDP when she saw Donald Trump becoming a viable contender in the 2016 presidential election.

“I began volunteering in late 2015 as the specter of Donald Trump rose, and frankly, scared me to death,” Danahy said. “I answered phones at the office and also became an alternate presiding judge. Although we were unable to prevent Trump’s election, we were able to help in the effort to turn Harris County and Texas blue.”

Danahy says working for the HCDP has been a great experience. “The idea that I could play even a small part in electing a Democratic president and increase the number of elected Democrats in Harris County has been extremely satisfying and something I hope to continue.”

Cynthia King is a native Houstonian who started volunteering for HCDP in 2019 after she retired from her position as Executive Assistant at the local Fox stations, Fox 26 and My20,

“I was driven to volunteer by the state of our nation under the administration of one who seemed to me to be a madman,” King said. “I wanted to contribute time, money, prayers and whatever influence I had on friends and family to change the political course our country was on.”

“Even though the administration has since changed hands, I see a more urgent need to contribute to the Democratic Party as a volunteer. My motivation to continue volunteering is my belief that our democracy is under siege. There are not enough citizens involved in the politics of our nation for me to stop contributing. I am committed to serve, in some capacity, from hereon. Answering questions from callers and routing them to the appropriate persons or resources is one way of doing my part.”

HCDP is hiring! Are you fired up to elect Democrats up and down the ticket? We have these openings available for you to join our team:

We stand with our Texas Democrats!