“It’s going to be an amazing program,” said Lillie Schechter, HCDP Chair. “We are thrilled that Speaker Pelosi agreed to join us and are equally excited that DNC Chair Harrision and Judge Hidalgo will also be participating. Speaker Pelosi has consistently recognized the importance of Harris County in national politics.”

The theme for the night — “Our Time is Now” — was selected, said Schechter, “to reflect the opportunities we have to right the wrongs of the last administration and to introduce legislation that will improve the lives of all Americans.”

“As Harris County Democrats, it is more important than ever to unite with our national Democrats in the continued fight for social justice,” Schechter said.

“We are grateful to the Host Committee — made up of elected officials, party activists and community leaders — whose generous contributions are the reason we are able to bring this one-of-a-kind event to the public for free.” 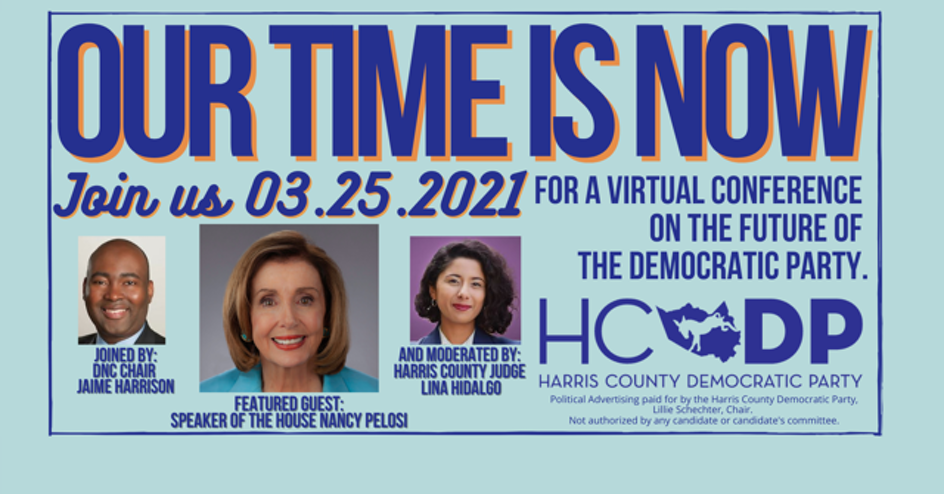 Media: Members of the press should RSVP for the event by emailing Angelica Luna Kaufman at angelica@harrisdemocrats.com